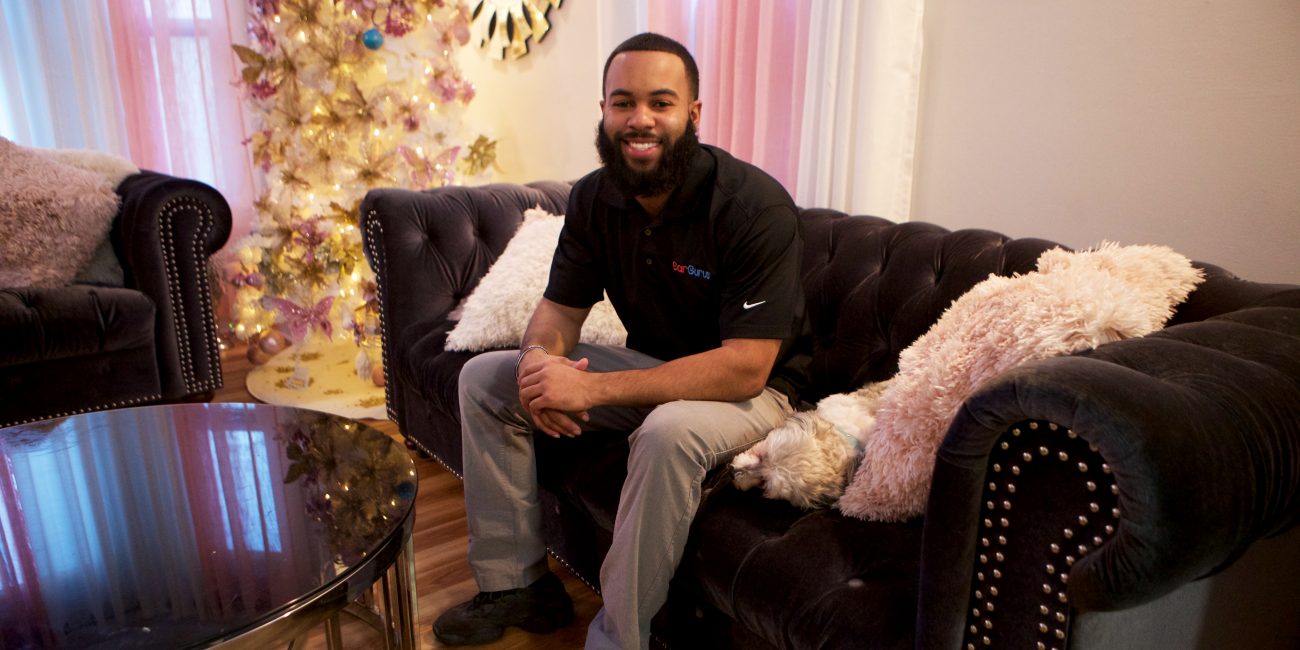 LYNN — Yunior Crispin Valdez is no stranger to adversity.

Valdez, 22, a Dominican Republic native, came to the United States as an undocumented immigrant and grew up in a family with limited means.

He was able to secure Deferred Action for Childhood Arrivals (DACA) status, which provides a temporary reprieve from deportation for youths brought to the United States illegally as children. However, his lack of American citizenship disqualified him from applying for financial aid for college.

As undocumented immigrants, his parents did not have the resources to provide financial support either, which left Valdez uncertain if he would have access to college and the pathway it could provide to a future career.

Valdez was further challenged financially when he became a father at 15 years old, as he was about to start his junior year at Lynn Classical High School. Having a child at such a young age was difficult, he said, but it kept him motivated to provide for his son.

Left with limited options, Valdez was grateful to learn about Year Up Greater Boston, an organization that describes its mission as ensuring that young adults gain the skills, experiences and support that will empower them to reach their potential through careers and higher education.

Valdez is now a homeowner, full-time sales representative at cargurus.com and will graduate from North Shore Community College with a degree in business administration next month. He said the Year Up program, which provides financial support, job training and internship opportunities for underserved youth, set up him for that success.

“If I never knew about the Year Up program, I feel like I would not be where I’m at right now,” said Valdez. “I probably could have been another statistic. I probably could not have been able to help my parents (or) own my house. I would not have removed those barriers I had at the time. This program will allow you to not be another statistic if you’re able to put in the work to (persevere) and do better for yourself.”

Year Up, which he graduated from in 2016, covered the cost of 24 of his college credits, 18 of which he was able to transfer to North Shore Community College (NSCC), and provided him with an educational stipend to supplement his income so he did not have to work long hours at a minimum wage job.

Instead, he was able to enroll in the program’s finance track classes and get set up with an internship at cargurus.com, where he was able to land a full-time job six months after joining the Cambridge-based automotive research and shopping web company.

In addition to having some of his credits covered by Year Up, Valdez is making use of his employer’s college reimbursement program to cover the remainder of his college tuition.

Because of that support, he was able to save up enough money to put a down payment on a multi-family house two years ago. His parents are now his tenants and Valdez lives on a separate floor.

Although he’s appreciative of the opportunity that Year Up provided him, Valdez admits that the commute to the Boston campus was exhausting.

That’s why he’s excited about Year Up’s partnership with NSCC, which will result in the organization opening up a Lynn campus at the college next month. It’s a local option he wishes he had while he was attending the program.

The Year Up Professional Training Corps program at NSCC will focus on internship opportunities and wrap-around support for underserved youth 18 to 24 years old.

Students will earn college credits and a weekly financial stipend. Participants will also receive one semester of free technical and professional skills classes, followed a semester-long internship at a top area business.

“Now that Year Up is able to cater to the Lynn community, it’s going to make an impact on every young adult that lives out here,” said Valdez. “(They can) make that move to push themselves further.”