Contact Us
Home>News & Events>News>It’s time to invest in student success (or, $1,561 for the future of the Commonwealth) 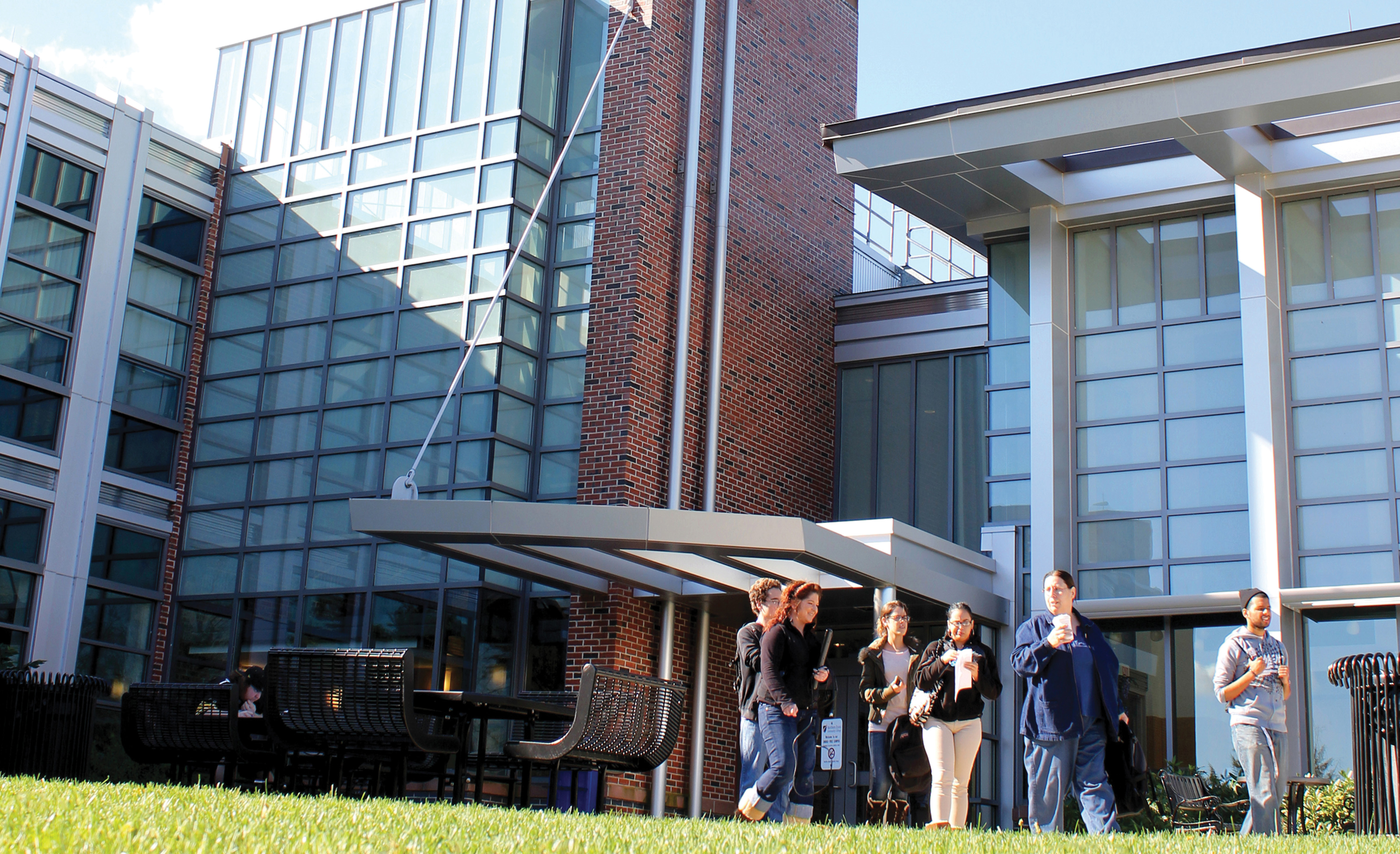 ALL ACROSS AMERICA, according to the National Student Clearinghouse Research Center, just over half of the students who begin a college degree end up graduating.

Not surprisingly, a higher percentage of students graduate from places like Harvard, MIT, and the University of Massachusetts at Amherst, than from Lasell College, Salem State University, and my own institution, Northern Essex Community College.

While the comparisons are not exactly “apples to apples” in terms of each segment’s mission and offerings, the incredibly wide spending gap between the “haves” and the “have-nots” (particularly community college students) is jaw-dropping.

As an example: According to Opportunity Insights, a big data crunching project at Harvard University, the median family income of a student at Tufts University in Medford, Massachusetts is $224,800, and 77 percent of the student body comes from the top 20 percent of wealthy families in America.Once they arrive at Tufts, students can expect generous accommodations and support services from a private, selective research institution that spends approximately $70,000 for every full-time equivalent student on campus.

Like the rest of Massachusetts’ fifteen public community colleges, BHCC spends about $13,000 per full-time equivalent student.  Increasingly, even some of those meagre resources that would be best spent on advising, tutoring, and other academic support services must instead be spent on food pantries, clothing closets, and community partnerships to assist with shelter, because, according to a recent statewide survey, more than a third of Massachusetts community college students struggle with hunger and homelessness.

How much would it cost to turn these trends around, and radically improve student success rates at “open door” colleges in Massachusetts and across America?

That’s how much the Pathways to Academic and Career Excellence (PACE) Program at Northern Essex Community college spends, thanks to a federally funded TRIO Student Support Services grant, and the results are impressive.

These success rates are 20 to 30 percent higher than our overall student population.

So, what’s the secret?  Are PACE students smarter? Do they come from wealthier, better educated families?

In fact, to qualify for the PACE Program, you need to meet federal low–income financial guidelines and be a “first generation” student (no one else in your family has completed a college degree).

The difference for our PACE students is that, once they are admitted to the program, that little extra funding–$1,561 each—gets them more personal attention in the form of individualized academic advising, transfer advising, scholarship advising, field trips to four-year colleges, financial literacy workshops, and more.

That’s it. A little over fifteen hundred dollars, and more personal attention for the same population of students that, without this extra support, would be far less likely to make it.

And the PACE Program isn’t alone.

The STRIVE Program at Holyoke Community College receives $360,885 in federal grant funds to support 224 students ($1,611 per student).  STRIVE students must be first generation, and have financial need or have a documented disability.

Once admitted, they receive wrap-around support in the form of learning coaches, peer mentors, academic skills workshops, financial aid and career advising, and their success outcomes, like those for PACE students, are consistently higher than their overall student population:

Perhaps the best-known example of these kinds of personal support services that make a difference is the Accelerated Study in Associate Programs (ASAP) offered by the City University of New York.

ASAP requires that students attend full-time (which is a well-known factor in improving college graduation rates, though hard for many community college students to do); and provides not only individualized advising, tutoring, and other services, but also tuition waivers, free textbooks, and even bus and train passes to get back and forth to campus.

Yes, community college students often must drop their classes for the simple reason that they cannot afford transportation.

The price tag for ASAP is higher: approximately $3,440 per student.  But the results are inarguable.  Retention, graduation, and transfer rates for ASAP students are all significantly higher. [The first sentence in this paragraph was changed to correct the cost of ASAP per student.]

There are 1,051 community colleges in America, and more than likely, every one of them can provide an example of success they have found with similar strategies using limited, probably temporary, funding.

The bottom line is this:  Open door colleges like Northern Essex, Bunker Hill, and Holyoke don’t need another study to tell us how to help our students succeed.  We know.  What we need is the resources to do it.

Scaling it up across all 80,000 students at Massachusetts’ fifteen community colleges would cost around $125 million.

That’s not cheap, but wow, what a big bang for the bucks.

At a time when the Massachusetts workforce is facing a desperate shortage of 65,000 college-educated workers just a few years from now, the Commonwealth’s community colleges could immediately begin addressing that problem with thousands of new graduates each year—including more low income residents and students of color from our Gateway Cities—improving the overall economy and the standard of living for a huge portion of the population, while adding to tax rolls and reducing the need for unemployment benefits, subsidized health insurance, and criminal incarceration.

Want out even easier?

OK, provide funding for first generation, low-income students only, and cut the price tag more or less in half–$62.5 million—and you’re still going to get huge benefits.

Where does all that money come from?

If student success, particularly for the underserved, and meeting the Commonwealth’s workforce needs is important enough, there are plenty of ways to make this work.

Dr. Lane A. Glenn is the president of Northern Essex Community College and a member of the MassINC Board of Directors.